The Making of the “San Antonio Happy” Video! 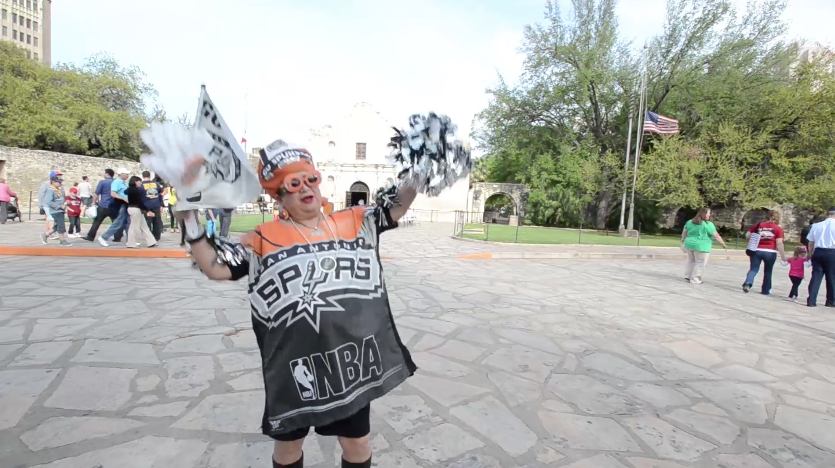 If you haven’t seen it yet, you are definitely in for a great treat. My buddies Mitch Idol of Mitch Idol Films, Mike Flores aka Mike the Lazy Realtor and I got together to produce this great project that is leaving San Antonians with a smile. Heck, I can’t stop smiling about it!

A few months ago during the Oscars, the famous song “ Happy” by Pharrell Williams had exploded all over radio and TV.  I loved the song of course! I had loved the song ever since I took my Goddaughter Cierrah to the movies to see it last year and was dancing along to it at the end credits of “Despicable Me 2.”  Then, came the videos. All over Good Morning America and YouTube came homemade videos of people in their own communities dancing and singing along to the song. My favorite one that caught my eye was the one released by the NBA during All-Star weekend. So naturally, my thoughts start rolling about creating the San Antonio version and I reached out to a few film buddies of mine. I only got one response from a friend who ended up filling up his schedule with other projects and was unable to help. So I dropped the idea, as many ideas get dropped when there isn’t enough support or time.

A few weeks went by and while I was working out at the gym, I happened to mention it to my friend Mike and he was so excited about it. I was quick to calm his excitement when I mentioned that it was hard to find a videographer who would be willing to shoot and edit this project for free, but he had the perfect person in mind. Mike told me about his friend Mitch Idol, a very talented filmmaker who was trying to make a name for himself here in San Antonio. I said shoot, let’s give him a call, and the rest is history! We ended up making a great team and Mitch’s talents are seen in the video.

I reached out to every contact I had in San Antonio that I thought would be interested in participating, but you would be shocked at who turned us down. I won’t mention any names, but I have a feeling they are regretting that decision at this point. I would like to give a shout out to Mayor Castro who was willing to participate however had scheduling conflicts and was unable to be in the video until May.  As many of you know, trying to make a viral video is all about timing and we couldn’t wait any longer than we already had. Coordination of this project happened fairly quickly and within a week, we had visited all the locations of folks who agreed to participate and made a quick stop at Market Square downtown. Also, Nina Duran of La Prensa Newspaper and Fox News was our lead actress who has helped make this video spread, big shout out to her as well! We needed someone who was charismatic and a leader in the community to help the video get shared.

Also, there were many locations and people we did not have enough time to capture in this film, however we feel like we got the essence of our city’s culture with the San Antonio Spurs fans, doctors of the University Health System, Tejano Star Raulito Navaira, TV personality Cleto Rodriguez, Elves- The Hispanic Elvis (whom many have seen on the streets of San Antonio for many years), and Mi Tierra of course.

So here we are, day 4 of the release and we have almost hit 7,000 views! The San Antonio Current just released an article on the video and we are hoping to continue to get to viral status soon! Here is the article : http://blogs.sacurrent.com/art_slut/san-antonio-is-happy-in-this-pharrell-williams-music-video-remake/

Once this is all over and the video goes viral, I will be sure to write about the overall experience , strategy, and share some of the marketing secrets to getting it out there. Thank you all for your support and we are still asking to continue to share the video with your family, friends, and coworkers via social media. We would like to send a special thank you to the American Volksport Association, UHS, UIW, Nina Duran, Raulito Navaira, the pets of Pampr’d Paws, BBE Fitness, Charity McCurdy of NewsRadio 1200 WOAI, Mario Sosa and his Spurs Crew, and the crew of Mix 96.1 for your help and participation with this project!

Without further ado, please enjoy San Antonio is HAPPY, it is sure to make you smile 🙂

Psalm 9:1 “ I will give thanks to the Lord with all my heart, I will tell of all your wonders.”