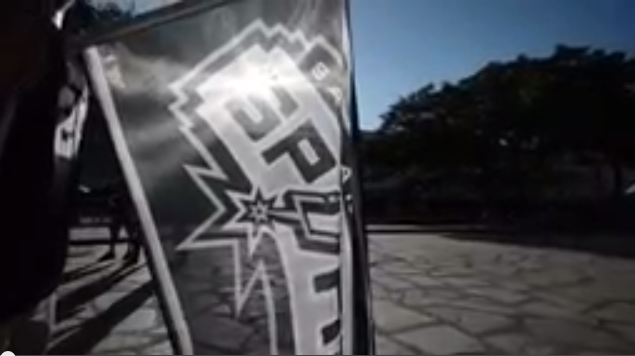 “I had the idea to produce a viral video showcasing the awesome Spurs fans our city has and reached out to Paul to create something original, creative and catchy,” says Najera. “Our goal was to feature iconic people and places that make up the San Antonio culture and highlight our dedicated fans known as ‘Spurs Nation.’”

Najera says the “Spurs Nation” music video will show the world the passion and heart that Spurs fans have for another championship win as the Spurs team continues its “drive for five.”

“We hope the video will show our San Antonio Spurs team how much they are loved and supported,” says Najera. “We truly do have the best fans in the entire NBA.”

Previously, HeartFire Media released a viral video of Pharrell William’s “Happy” song featuring various businesses and people of San Antonio with more than 10,0000 views within a week of its release.