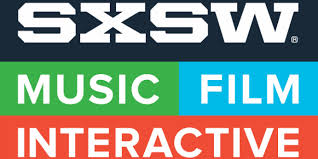 Where can you witness a merging of music, technology, film and interactive? South by Southwest (SXSW) brings in creative professionals from all kinds of backgrounds to one place. The excitement starts March 13 and lasts until the 22nd, so get ready… Friday the one-of-a-kind experience is coming to the city of Austin. Many might ask, what will be different from last year? Every year something different is showcased and this year the bar was definitely raised.

San Antonio has lots to be proud about this year especially when it comes to film. More and More films are being partially or completely filmed at the familiar atmosphere we may call home. For the first time, the fiesta city made it to the “Top 10 Large Cities to Live and Work as a Moviemaker” in the MovieMaker Magazine’s winter 2015 issue. It ranked alongside Austin, New York City, Portland, San Francisco and Atlanta. With this emerging film recognition, it’s not surprising we’ll see some San Antonio culture at SXSW this week .

One of the feature films making its way to SXSW is “Petting Zoo” directed and written by Micah Moore, a San Antonio native. The film is about the journey a teenager takes through an unplanned pregnancy. Moore wanted the setting to be reminiscent of her childhood and shed light on the city of San Antonio and its people. Its world premiere was at the Berlin International Film Festival and it will have three screenings at SXSW. Check out the trailer here: http://youtu.be/Sou1yXmeqJw

All types of music are highlighted throughout the week. It’s the chance for musicians to reappear after a hiatus, make their big break or just maintain their fire.

From Latin cumbia to country, there’s music for everyone. Intocable, a Grammy-winning Texas norteño band from Zapata will headline a free Latin-themed concert on March 21st at Auditorium Shores.

Snoop Dog is set to be the keynote speaker for the start of the music festival on March 20th at the Austin Convention Center. There is no guarantee he’ll perform although most keynote speakers usually do. Other known rappers include Ty Dolla Sign, 2 Chainz, Young Thug, Rae Sremmurd and Raekwon and Ghostface, members of the Wu-Tang Clan.

In the Indie, Rock and Pop scene, you can count on seeing Melbourne-based indie rocker Courtney Barnett, Best Coast band and the R&B princess Brandy.

And if you’re looking for something more soulful, The Zac Kellogg Band can calm your minds with songs like, “Let Me Make it Easy.”

Interactive sessions range from thought-provoking ones to sessions that will leave you at awe.

This Friday, Al Gore is coming to Austin to speak about the climate crisis in a session called, “The Climate Crisis: Challenge & Opportunity.” This is an opportunity to hear about why 2015 is critical for change as environment continues to change because of the climate change.

The 3M LifeLab can surely amaze people with its innovative scientific 3M material. World-renowned architects designed the structure. Open March 13-15 you can create your own innovations using Post it Dry Erase Surface and on the 15th science and music will come together in a must-see performance with DJ TOKiMONSTA.

SXSW has become a major hub for innovative people throughout the nation and especially San Antonio. Locals make their way to the big event to network, participate in the festivities and experience the talent around them.San Antonio is America’s seventh fastest growing cities and the need for this kind of edge will only continue to be in demand for the upcoming years. It’s a perfect time to showcase creativity—whether it’s now or within your own realm of expertise.

Want a creative edge to your business? We can help!