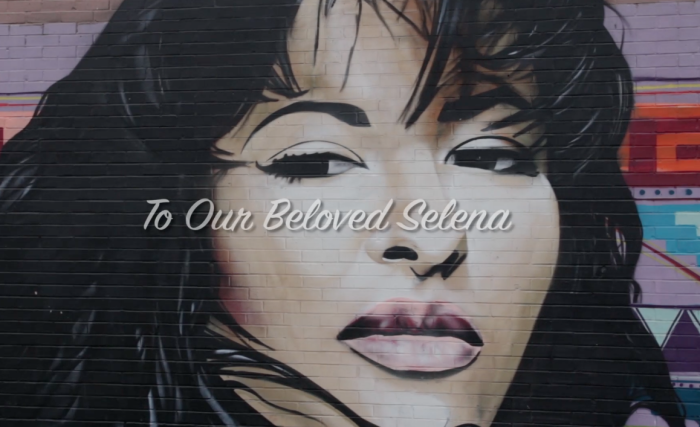 SAN ANTONIO (April 16, 2015) – HeartFire Media, a local creative media and marketing firm, released a new tribute video on April 16, 2015, honoring the late Tejano superstar Selena Quintanilla Perez on what would have been the singer’s 44th birthday.

The video tribute commemorates the 20-year anniversary of Selena’s death and celebrates her life through dance and music featuring fans from San Antonio. A casting call was held last month and the company received hundreds of calls and emails from hopefuls wanting to make an appearance.

“Selena is a music legend and I thought, ‘What better way to honor her than through a tribute video made by her beloved fans?’” said HeartFire President and CEO Samantha Najera.  “She has always had a huge following here in San Antonio, so I knew the community would pour their heart and soul into this project.”

The video includes a medley of Selena’s most popular songs and has fans and look-a-likes of all ages dancing and singing along. Local TV anchors from Univision 41, radio personalities, and well-known Tejano artists make cameo appearances. You can also find a special cameo by Mariachi singer Sebastien De La Cruz.

HeartFire Media is also the producer of two previously released successful videos involving the San Antonio community including the “San Antonio is HAPPY” and “Spurs Nation” videos, both with more than 16,000 views each.

“The videos we produce always celebrate the people and culture of San Antonio. We have a unique city and I love to show the world what makes this an incredible place to live, work and play,” said Najera. “We are humbled by all of the support we have received and hope to continue producing great content that showcases our city while being inspirational and just plain fun.”

“Selena will forever live on in our hearts and we hope this video is just another celebration of the wonderful woman she was,” she added.