The Shift of the Film and Entertainment Community in San Antonio 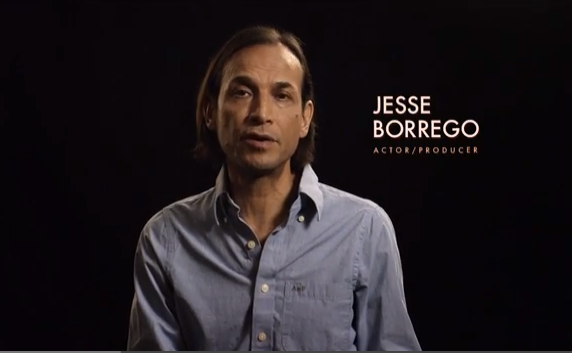 Oil and gas, biosciences, technology… these are all industries many people see as the ‘sexy’ economic drivers for our city. Millions of dollars and thousands of jobs are boosting the local economy, but there is also another industry that you didn’t know was making a big difference here in San Antonio- the Film and Entertainment industry.

Unfortunately, the film and entertainment industry in San Antonio has been seen as a ‘hobby’ type trade and not really an economic booster at all. As a matter of fact some city officials and law makers even see it as a waste of time. Well, all of that is about to change.

FYI- By film and entertainment industry I am referring to anyone in film, television, advertising, marketing, theatre, gaming, and animation.

You see, we are finally tired and angry enough to actually do something about this. Which is ok, being that we had to get our ducks in a row before we could make anything happen. Our industry is like any other work industry… it’s a business. Millions of dollars in projects come our way and we distribute the work locally to people just like you and me. Some jobs aren’t as stable as others, however there is a consistent workflow right here in San Antonio and most of the city doesn’t know about it (again, it’s ok, our fault).  Producers, writers, music composers, shooters, editors, hair/makeup artists, set designers,  gaffers, actors.. even caterers, hotels, restaurants are all directly impacted by the projects we bring into the city.

So Let’s Go Back- Why Not Big Productions in San Antonio?

Have you ever wondered why major films and television shows that have story lines based in San Antonio, are not shot in the actual city? Me too! It’s upsetting. Why isn’t our city good enough to have major projects filmed here? Let me tell you why….

Incentives- The great State of Texas does not have a competitive edge on offering incentives to major producers and companies looking to film across the country. What kind of incentives? The Texas Moving Image Industry Incentive Program offers feature films, television programs, commercials, video games and post-production projects a 5 to 20 percent incentive, depending on how much the production spends in the state. An additional 2.5 percent incentive is available if the project is located in an underutilized or economically distressed part of the state. To receive incentives, 60 percent of production days must occur in Texas, and 70 percent of employees on the project must be Texas residents. But why would a major film company or producer want to film in Texas when they can get a 30% refund in New Mexico, Georgia, or Louisiana?

To make matters worse, in the last legislative session, the incentives budget got sliced in half!! Supposedly because the gaming and film industries couldn’t work together, but I call BS. You can find that article here. This has caused an uproar and I am glad. We need to get our stuff together and again prove why we are an important economic driver to the state. If not, we should all pack up and move to LA just like we have been the past 100 years.

Lack of City Support- I can honestly say our city does not support the TV and Entertainment industry like it should. There is the argument that they are not educated on the topic, however, we have a Film Commissioner whose duty is to do exactly that. Why they don’t know we do at this point is beyond me.  The San Antonio Film Commission actually falls under the Office of Creative and Cultural Development and was formerly under the Visitors and Convention Bureau! Isn’t that weird? To me, it only makes sense that the Film Commission be moved to the office of Economic Development. I have tried to contact our local Film Commissioner several times and to no avail. Again- a sad sign that we have no city support. Maybe I have my facts wrong, but until someone tells me what’s going on with the Film Commission… this is what I know.  (We’ll dig into this later).

No Economic Evidence- We have not done a good enough job of crunching the numbers together. I am a business woman, I get it. It’s all about the numbers and if the city doesn’t see  how our industry is bringing in major dollars, they could care less. So, this is something we have come together to work on and will have a great case to bring to city council and hopefully a new mayor come June 13th.

WHAT WE ARE DOING ABOUT IT:

So,with all this said great things are happening. The San Antonio Film Society has rounded up the best of the best in the industry, including yours truly, and we have a game plan. We have started with a public service campaign that educates the community on who we are, while simultaneously asking everyone to vote in the mayoral election on June 13th. We are levering the runoff because we know we need the support of our next Mayor no matter who wins. This is a great time for our voices to be heard by the entire city council, city manager, and future mayor. We produced a great video starring actor Jesse Borrego and numerous others in the industry who are asking for support. CHECK out the video HERE.

A PETITION was also released last week that currently has over 700 signatures again asking for support of our industry and a call to action to vote in the mayoral election. Timing is everything.

I can’t stress enough the importance of our industry and the economic impact it could have with the proper backing. Speaking of economic impact…this also raises the never ending question … how do we keep our educated professionals in our city? How do we prevent them from moving away to other cities like LA or New York? Why would a kid who is studying video production even consider staying in San Antonio to make a living once he/she graduates? I hope to one day solve that problem. Until then, we are making baby steps toward the shift of our industry here in San Antonio.

To conclude, here are 3 things you will see happen in the next few years…

1) The San Antonio Film Commission will revamp and be moved under another department in the city- gaining much more attention.

2) Our city and state’s incentive program will improve and we will get bigger and better projects here in San Antonio.

3) A production hub will be built, a multi-million dollar facility with state of the art equipment that will serve as office, studio, and education space for the film and entertainment community.

I am glad to be a part of team of people who finally get it and whether we make baby waves or tidal waves, the point it we are starting somewhere. I am the proud owner of a creative business that provides video marketing, website development, brand awareness, etc. I would hate to have to move to another city and give other people jobs. I want our kids to have creative careers! We deserve to have everything we want right here in our hometown. I am a living testimony that persistence pays off, so standby for greatness.

PLEASE SIGN OUR PETITION AND HELP OUR INDUSTRY GROW: http://www.ipetitions.com/petition/film-san-antonio

Galatians 5:1 ” For freedom Christ has set us free; stand firm therefore, and do not submit again to a yoke of slavery.”