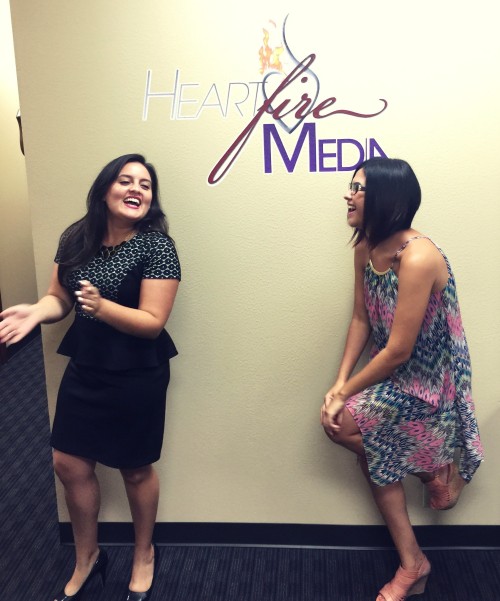 SAN ANTONIO (August 28, 2015) – HeartFire Media, a local creative media and marketing firm has hired Nina Duran to be the new Vice President of Sales and Marketing.

The 3-year old company was looking to expand and found Duran as a perfect fit. “The overall vision of HeartFire Media has always been to be the best creative media and marketing company in the nation and Nina has amazing qualities as an individual professionally and personally to help get us there,” explained HeartFire CEO Samantha Najera. “I am beyond excited to have her on board and know we will accomplish incredible things together.”

Nina Duran, 34, graduated and earned a Bachelor’s Degree in Journalism and also holds Master’s in Communications from the University of Incarnate Word. Not only does she hold a degree in higher education, but she also has over 14 years of experience in public relations, marketing, media, crisis management and communications. She started her career as an Associate Producer for “Great Day SA” a live morning show on BELO’s KENS 5. She was then Editor-in-Chief at La Prensa Newspaper, San Antonio’s only bilingual newspaper and moved up to Vice President of Public Relations. From there she went to the San Antonio Current as served as their Promotions Manager.  She currently appears on several morning shows in the Alamo City including “San Antonio Living” on News 4 and “Daytime @ Nine” on FOX 29.

“I have worked with Samantha on several projects and I’m so excited to officially join her and her amazing team,” said Duran. “I’ve always wanted to offer my creative services to San Antonio and with HeartFire Media, I will now be able to do just that!  Joining this company truly is a blessing,” said continued. “Samantha and her team produce beautiful work and I’m excited to help the company grow.”

The company is known for its ‘outside the box’ marketing strategies and plans on launching a new site this Fall that will be engaging and entertaining for the Latino-American audience.

HeartFire Media is also the producer of three previously released successful videos involving the San Antonio community including the “San Antonio is HAPPY” and “Spurs Nation”, and Selena Tribute videos, all with more than 15,000 views each.