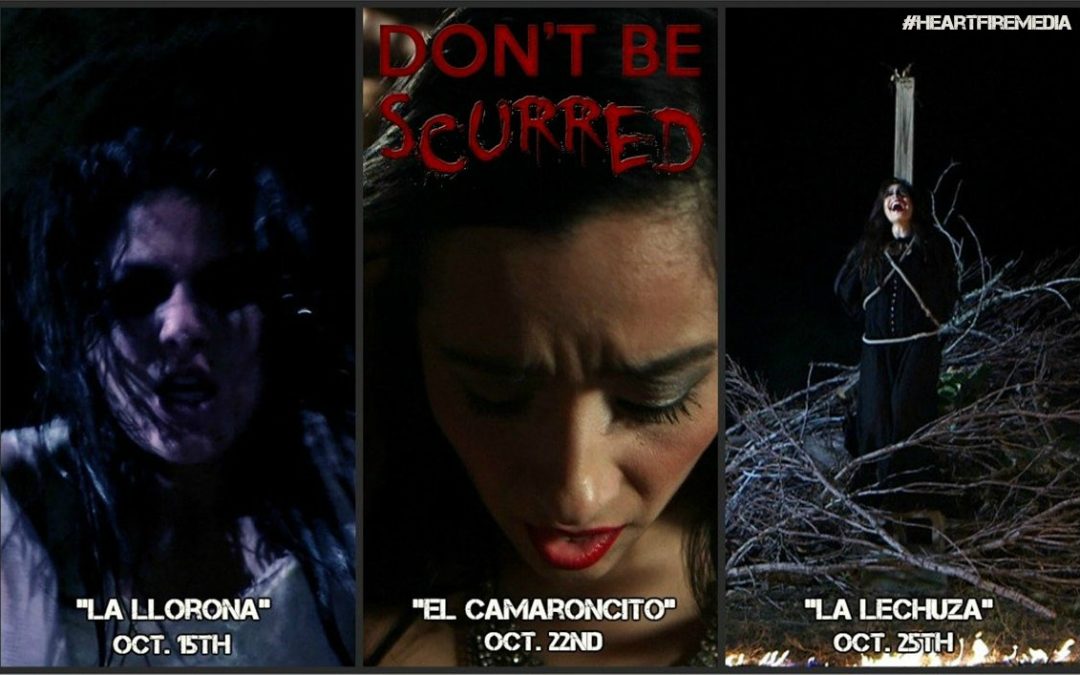 “Don’t Be Scurred” is a comedic narration with reenactments of the famous ghost stories we’ve heard year after year from our Abuelitas, our friends and those that have experienced them first-hand, claiming they’ve seen everything from La Llorona to El Camaroncito.

The hosts, Xavier da’ freakin Rican from Univision’s 98.5 The Beat and San Antonio’s very own Biggie Paul take us down cucuy lane as they tell us the stories of three Mexican tales in their unique voices we all love to hear on our morning drive.

While some Mexican legends and folklore may be embellished and deal with characters that seem nearly impossible to be real, many of these stories are based on actual events and people who very much existed. As children, many of us loved listening to these scary stories about bloodthirsty women and mystical ghosts.

“ I have grown up hearing all of these scary stories,” says HeartFire CEO Samantha Najera. “ This was a creative way for us to re-tell those stories with a modern twist. Halloween is one of my favorite holidays and we couldn’t think of a better way to celebrate that than with videos.”

The video releases include the stories of “La Llorona” (The Weeping Woman), “El Camaroncito,” and “La Lechuza.”

“Each and every one of these stories have been passed down from generation to generation and are unique and scary in their own right. We were blessed to work with local film director Bryan Ramirez of Irez Productions on this project. He has extensive experience in not only film, but horror film, so you know these videos are professional and entertaining.”

HeartFire Media is also the producer of three previously released successful videos involving the San Antonio community including the “Selena Fan Tribute”, “San Antonio is HAPPY” and “Spurs Nation” videos, all with more than 16,000 views each. For more information visit www.heartfiremedia.net.