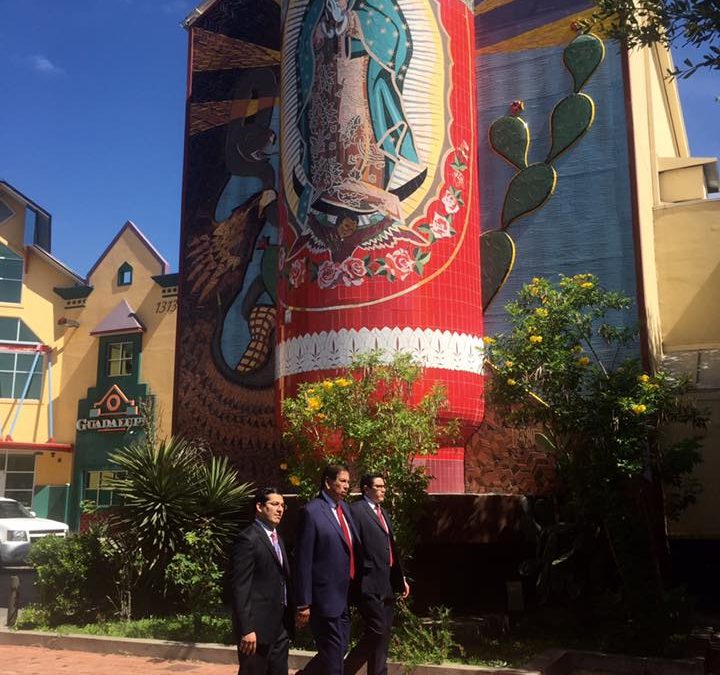 Ever wanted to know the inside scoop on our projects from start to finish?

A few months ago, we received a phone call from the Gamez Law Firm. They had a clear vision for their new TV commercials, but lacked the video production know-how to see them come to life. Once they gave HeartFire Media the opportunity to help, we strategized the scope of work from top-to-bottom. Our work was cut out for us. We had four weeks to create two separate 30 second commercials — one commercial in English and one in Spanish.

Our first step was outlining our client’s ideas on paper and thinking critically about the processes required. This included concept-mapping, writing a script, securing the equipment/videographer, confirming shooting locations, and determining the best day for the shoot.

After securing the videographer (shout-out to Mitch Idol!) and locations for the shoot, we went to work on writing video concepts. We sent Gamez Law three separate concepts, all of which were very close to their original vision. After the concept was selected, we drafted a brief script and sent it to the client for review. After that was approved, we waited patiently for the shoot a week later — and prayed it wouldn’t rain!

Lucky for us, the shoot was a breeze (we were blessed with beautiful weather!) and the production wrapped in half a work day, including the time it took for Mitch to fly an awesome drone camera over I-10 (check out that billboard shot!).

While Mitch took about ten days to create a first draft of the commercial, we sent the script to two separate voice artists (one for English, one for Spanish). The completed voiceovers were then sent to Mitch, who synced them with his footage. The client had two rounds of minor changes. After the final commercial was approved and the files were sent to the local television stations, we were DONE! Watch our videos HERE and HERE!

This was a great project with a quick turnaround! You can check it out on your local TV stations, including Univision. We hope you enjoy!