Our Top 10 Super Bowl Commercials of ALL Time 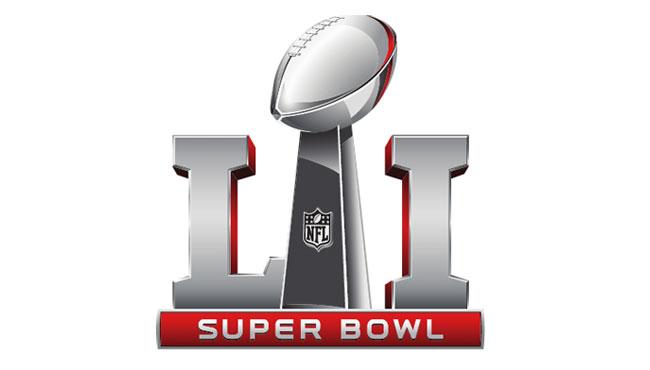 Guess what is coming this Sunday?

The anticipation for all the new TV commercials that will be revealed throughout the game is perhaps one of the top reasons that people watch the Super Bowl in the first place. We at Heartfire Media are definitely some of those people! These ads can cost companies up to $5 million for a 30-second spot, according to CBS President Leslie Moonves via Forbes. As pricey as that is, these are dollars that are well spent if you make a memorable, unique TV commercial that not only brings awareness to your brand but helps your image and yearly sells.

We have listed our picks for the top 10 Super bowl TV commercials of ALL time. These TV commercials are cultural staples. They have made their way from being talked about the days following the Super Bowl to becoming pop cultural icons. Definitely a goal any company would want to attain

Who remembers the movie The Sandlot? It included a funny scene of young boys in love with a much older lifeguard. Well, this Pepsi commercial is a 30 second version of that movie. The innocence of the boys in love with bombshell Cindy Crawford. Which you can’t have an iconic TV commercial without the supermodel of the 90’s Cindy Crawford. The young boys ogle her all while commenting how beauuutiful the Pepsi can, is. This is humorous, timeless and a winner.

Michael Jordan was making a TV commercial for his Air Jordan VII and ingeniously the director could not think of a more well-known star than Bugs Bunny to be his co-star. It was a hit. So much so that the movie Space Jam got its beginnings from it. Looney Tunes meets real life. Quirky, fun and a sweet concept.

An oldie but a goodie. This big, mean, football player (Joe Greene) is approached by a young fan. What brings them together? What shakes the mean out of Mean Joe? Coca-Cola. The young boy offers his Coke and as Joe takes and drinks it, everything changes. Cheerful music begins and happiness in Joe and the young boy is shown through the screen. A heartfelt commercial that made a mark for decades.

This was the beginning. The Apple we know today – innovative, on its own terms, sleek, started that brand image with this TV commercial. Competitors were vast for the home computer market in the 80’s but Apple wanted to be its own entity. An allusion of George Orwell’s novel, 1984, the woman running through with a hammer is the image of Apple saving humanity from conformity. It is a simple concept but is visually stimulating. They could do this same commercial today and it would be relevant to what we know Apple as a brand to be.

Who doesn’t love a good story of the underdog coming on top? This TV commercial is a humorous take on how a brother that was picked on by his other smart aleck brother gets back at him by taking the bag of Doritos. A dog as a horse? Probably not realistic, but cute nonetheless.

“You’re not you when you’re hungry.” Snickers’ tag line is beautifully done with this hilarious commercial. Betty White plays the “hungry” version of a guy who’s playing football with his buddies. Grumpy but SO funny. He becomes “himself” after that first bite of Snickers. It’s seamless and sends out the message of Snickers being your anecdote to hunger. A classic.

Doritos started a “Crash the Super Bowl” contest that allowed customers to shoot their own Doritos Super Bowl ad that would be voted by viewers. This one took the win and it’s not hard to see why. It’s practically a 30 second movie. Funny with an unexpected twist. By the way, who else was curious why the kid didn’t keep the Doritos but gave it to his dog? Nonetheless, he/she was a cute sidekick.

So we have to admit, this is the only tear jerker on our list. You can’t watch this TV commercial without having your heart strings pulled at. Puppy videos are always a win in our book but when you add an unbreakable bond with another animal? One that pushes through struggles: environmental (uh, can that rain shot not be any more heartbreaking?), a hungry wolf and miles between them, especially with that song in the background? Pass us the tissues. Such a sweet commercial and it shows the heart behind the brand, Budweiser. Beer nonetheless but they’re smart in their marketing strategy and have time and time again done it just right. Remember the frogs saying, “Bud. Weis. Er.” Kudos Budweiser, well done.

18 years have gone by and this commercial is still relevant today. A lot of these “aspirations” that these kids share showed the bias and unfairness in many institutions. “I want to be a Yes Woman,” “I want to be paid less for doing the same job,” “I want to be replaced on a whim,” are a few examples. It was a strong message that was relatable and definitely put Monster.com on the map as the anecdote to the jobs that were treating employees unfairly. The message was, “You wouldn’t want a child to aspire to this. If this is how YOU feel visit Monster.com to find a job that appreciates you.”

When you put someone like the icon Christopher Walken in a TV commercial, whose voice is widely known, you get people’s attention. KIA to be quite honest is not a name synonymous with luxury but that does not stop them from wanting you to think of them as unique. Not luxury, not cliché, but unique. Walken is telling the audience in short, “don’t be khaki, don’t be like everyone else, buy a KIA.”

Here at Heartfire Media we love producing videos whether it is a TV commercial, a viral video, or a corporate video. We specialize in video marketing in San Antonio. Call us today for more information.