Badass of the Week: Mark Tribett 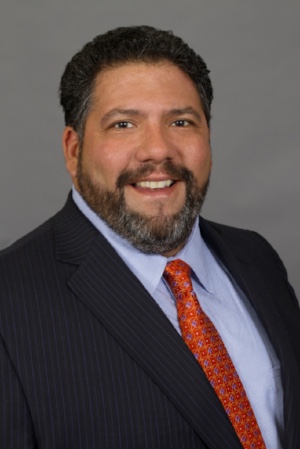 Mark Tribett is the Principal of San Antonio Can High School, 1 of 13 charter schools within the Texans Can Academies Charter School District. Mark has been principal for two years and has served as Asst. Principal and Vice Principal Prior to his current position.

Mark’s father was a fighter pilot for the USAF, giving him the opportunity to experience Europe for 10 years. Mark is very fond of his middle school and high school years in Spain and England.

Mark holds an M.Ed from the University of Texas in Brownsville, which is now part of UTRGV. He taught in the RGV for ten years. Mark had stopped at The Marine Military Academy (1996-1999) where he taught social studies and coached a variety of sports. Mark then moved to Lyford CISD. In Lyford (1999-2006) he taught elementary and middle school students. Mark has also coached both at the middle and high school levels. After gaining his Masters, Mark went to Mercedes CISD from 2006-2007. He served in the central office as a coordinator for the Mercedes Special Education Cooperative.

It was during this school year that Texas endured the first rounds of educational budget cuts. Mark left Mercedes and returned to San Antonio in 2007, and started teaching in NISD at Rayburn Middle School. It was there, that Mark served as an inclusion teacher and math teacher while coaching football and golf.

It was in 2010 when Mark made the transition into school administration by becoming Assistant Principal at San Antonio Can High School. He served in this capacity for three years. As the 2012-2013 school year began to close, Mark prepared to move to Amman, Jordan.

From 2013-2015 Mark served as Middle School Principal at the Modern American School in Amman, Jordan. After completing his contract, Mark then had the opportunity to return to Texans Can Academies and San Antonio Can High School. Within a little, over year from his return, Mark was made Principal.

Mark feels at home at San Antonio Can High School. He truly feels the school is doing great work and making an impact on our San Antonio youth. At San Antonio Can the faculty helps support the whole student body. Mark takes pride in providing an educational environment that welcomes students from all backgrounds. He is dedicated to helping students set and achieve post-graduation goals, including students who may have difficult living situations or may be experiencing personal hardships.

Join us in congratulating this badass for all of his hard work! Thank you for your commitment towards bettering our community!