Badass of the Week: Amanda Partin 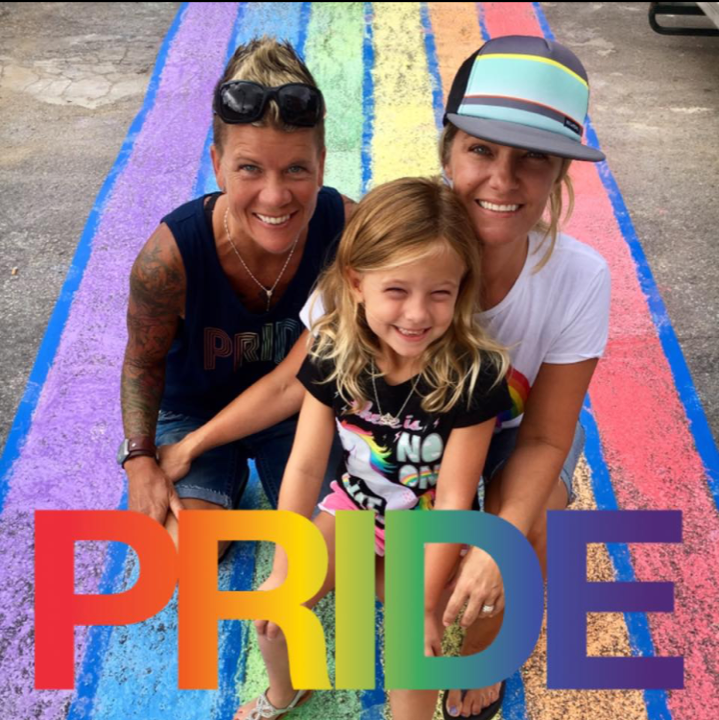 Amanda moved from her childhood home in Australia to the United States two weeks after her 18th birthday.

With no friends or family and only $400 to her name, she forged a new life for herself in a foreign land.

Traveling to the states was a sort of homecoming for Amanda, whose parents are American and was born in a U.S. Military Hospital. It was here she found her calling in fundraising. Her childhood and early adult years were filled with abuse, chaos, and instability. During her early adult years she was trying to work out who she wanted to be and break some of those abusive cycles, ultimately she knew she wanted to help people, she just wasn’t sure how to do that while also healing herself.

In 2000, Southwest Airlines came into her life like a shiny white horse sent to help guide her.

In the 18 years that Amanda has been a flight attendant, her career has given her more than she could have ever dreamed of. From traveling the world and experiencing various cultures to making cherished connections and dear friends along the way, Southwest has given her the freedom to live anywhere and still maintain a great career.

In 2010, Amanda chose San Antonio, Texas as her home base. Initially, she didn’t know very many people, but true to the culture of San Antonio, she was immediately welcomed with open arms and she felt right at home. Amanda had been involved in fundraising on a small scale in the various different cities she lived in, but it was here in San Antonio that she decided to dive head first fundraising. Her best friend, Sara Beth Stephenson, the founder of Mere Mist International, asked her to be in charge of fundraising efforts for the non-profit and Amanda wholeheartedly accepted. MMI is an organization that advocated and cares for sex trafficking survivors, a very real problem, not only in San Antonio but across the country.

Amanda gave birth to her daughter in February of that year, in addition to heading up MMI, and other smaller fundraising efforts, and knows the only thing that got her through that year was the help and support of those around her. Amanda has chosen to pay that gratitude forward and has worked tirelessly to help areas of the community that are in need of financial help. Her role in fundraising grew organically because she has been surrounded by amazing Families and Business owners that support anything she comes up with. Fralos (Frank & Lori Hakspeil), Toyota of Boerne (The Vaughan Family), Cardinus (Bill Pace), Ana Ojeda:Keller Williams, We Run San Antonio (Edgar Gonzalez), Bio2Skin Studio (Crystal Holmes), Mainstream Boutique( Diana Dewall) and The Davenport Lounge (Andrew Tejada) have all supported her since the first dollar she asked anyone for in San Antonio. She feels very fortunate to call all of these local business owners her dear friends and her ride or die tribe.

Amanda feels strongly about acknowledging every part of her story that has led her to this point in her life, including her divorce. As many people have experienced, it can be horrible and disappointing, but the light at the end was and always will be her daughter. As heartbreaking as divorce can be, Amanda is thankful that at the end of the day, her daughter has two amazing parents that love her and actually get along.

Amanda is currently engaged to her fiancé, Beth, and feels she’s hit the jackpot with this amazing step mum and perfect match who balances her and keeps her on her toes. She insists they are polar opposites, whose banter is hilariously entertaining. Beth has been instrumental in encouraging Amanda to go out on her own and start a new business venture. She feels very secure knowing Beth supports her every step of the way and has been there since the day Amanda came home and announced that she would be opening her new business, Boomerang Group Fundraising.

In 2017, Amanda launched Boomerang Group Fundraising as a way to partner with non-profits and local community organizations to achieve their financial goals. With Boomerang you get Amanda’s passion, determination, her years of contacts and business relationships as well as a person who will work endlessly to help your non-profit thrive. She will only work with non-profits she feels strongly for, knowing that is how she will be able to dedicate herself to your cause 100%. She will give you her heart and soul because she knows how important this work is.