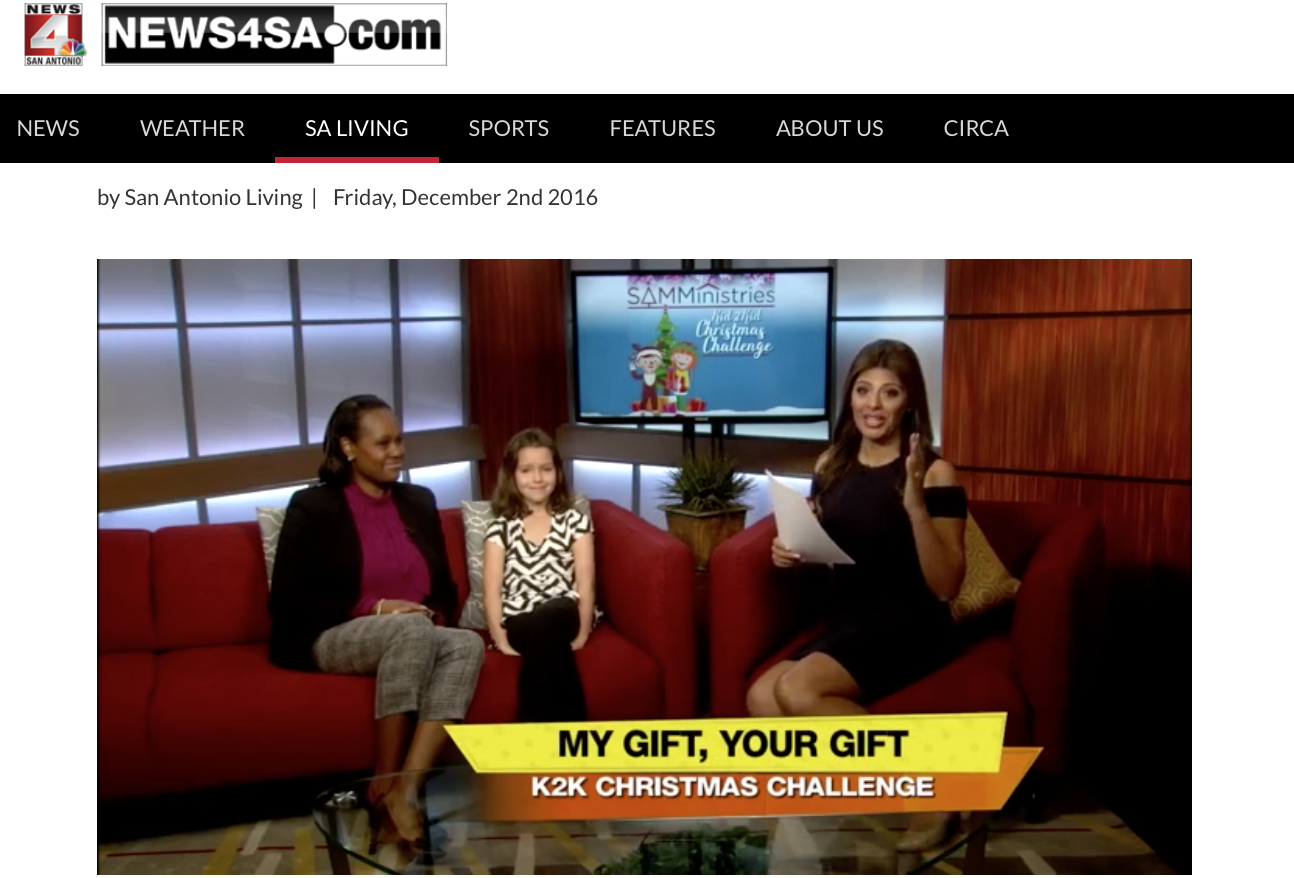 Objective
HeartFire Media created a campaign in conjunction with SAMMinistries modeled by the idea of Alex, a young girl whose generosity inspired her to give one of her Christmas presents to a child living at SAMMinistries. CEO, Samantha Najera was inspired and created the Kid2Kid Christmas Challenge that would ask local kids to just the same as Alex did, to give up one of their gifts, or make a monetary donation of their own.

Message
The message and goal of the campaign is not only to get other children and families excited about sharing their gifts but to also increase community involvement with SAMMinistries during the holiday season.

Targeting
Launched in 2016, with social media and news coverage, SAMMinistries gained not only publicity but most importantly a gained increase number of volunteers and gift donations. Children, parents, and families took the challenge, donated gifts, and in the end received a gift back that was priceless…a happy heart filled with joy.

Sam, do we have numbers on the increase of volunteers and how much they got in gift donations?

Email Campaign
Great, so just to clarify… the campaign is titled ” Kid 2 Kid Christmas Challenge” and we will use the hashtag #MyGiftYourGift and every so often #SAMMinistries #EndChildHomelessness, correct?

Kid to kid challenge: based on the recent donation of a young girl, we want to encourage other children to do the same…

Launch #Kid2KidXmas Challenge- The campaign will challenge local children to donate money or sacrifice getting a large gift this year and in return giving those funds or gift (s) to a child at SAMM. We will be using graphic images, photos, and cell phone videos to promote this on social media. The key to the challenge will be to get folks to use the hash tag with the name that we choose to go with. Examples: (#SAMMKidsGIVE #SAMMkids #SAMMkidsrock #MyGiftYourGift #KidsServingKids)