HeartFire Media was ignited out of passion for connecting people and sparking creativity.

Get to know Samantha Najera 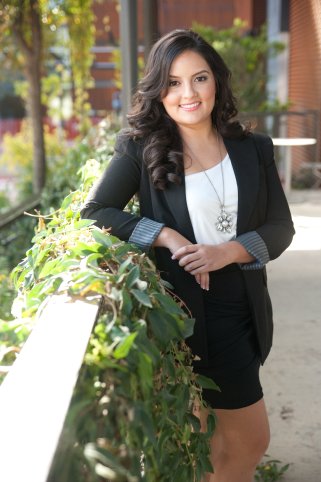 Samantha has over 15 years of experience working in radio, TV, and film, all-encompassing the marketing and communications industry. While earning her degree in Communications from the University of the Incarnate Word, she was blessed with the opportunity to intern for Turner Studios in Atlanta, GA.

Her ability to multitask under tight deadlines allowed her to create her own newsreel that landed her a job as a news reporter for ABC 40 News in College Station, TX. As a one-man-band reporter, she shot, edited, and produced multiple stories on a daily basis. In November 2012, Samantha launched her own Creative Marketing & Public Relations firm in San Antonio, HeartFire Media LLC, where she enjoys being a part of the creative process and seeing projects through to completion.

She has worked with numerous clients including the Hispanic Chamber of Commerce, The San Antonio Scorpions, University Health Systems, Pizza Patron, The Salvation Army, American Heart Association and many more. Her marketing and advertising company has won several awards including a Silver Addy Award by the American Advertising Federation for the production of a San Antonio Scorpions TV commercial, and in 2014, the company was voted “BEST Start Up in SA” by the San Antonio Current.

In 2017, HFM was also awarded another Silver Addy Award by the American Advertising Federation for the production of The Salvation Army’s “Overview Video” as well as a Bronze Addy Award for the Pizza Patron Radio jingle, “#DatPizzaDough.” Samantha is very active in the community and is alumni of Leadership San Antonio Class 40. She currently serves on the Board of the Westside Family YMCA and St. Jude’s Ranch for Children- Texas.

She enjoys spending her free time with her daughter, Ava Grace, her dog, Franky, and her family and friends. Samantha is the creator of San Antonio’s “Badass of the Week” and Co-Founder of the “Bean & Chisme” web show.

Let's make it happen, GET A QUOTE now!

Let's make it happen, Get a Quote Now!